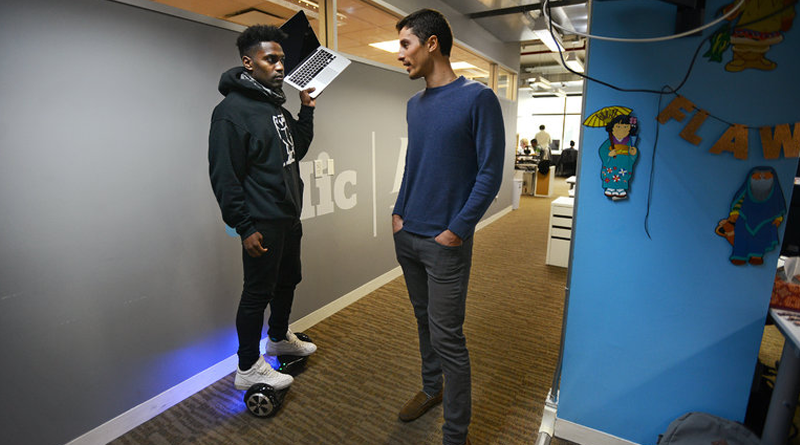 Joel Pavelski, 27, isn’t the first person who has lied to his boss to scam some time off work. But inventing a friend’s funeral, when in fact he was building a treehouse — then blogging and tweeting about it to be sure everyone at the office noticed?

That feels new. Such was a recent management challenge at Mic, a five-year-old website in New York that is vying to become a leading news source created by and for millennials.

Recent college graduates face better job prospects these days than they did in the midst of the Great Recession–but they also are typically saddled...
Read more
Finance

Play game to win a job