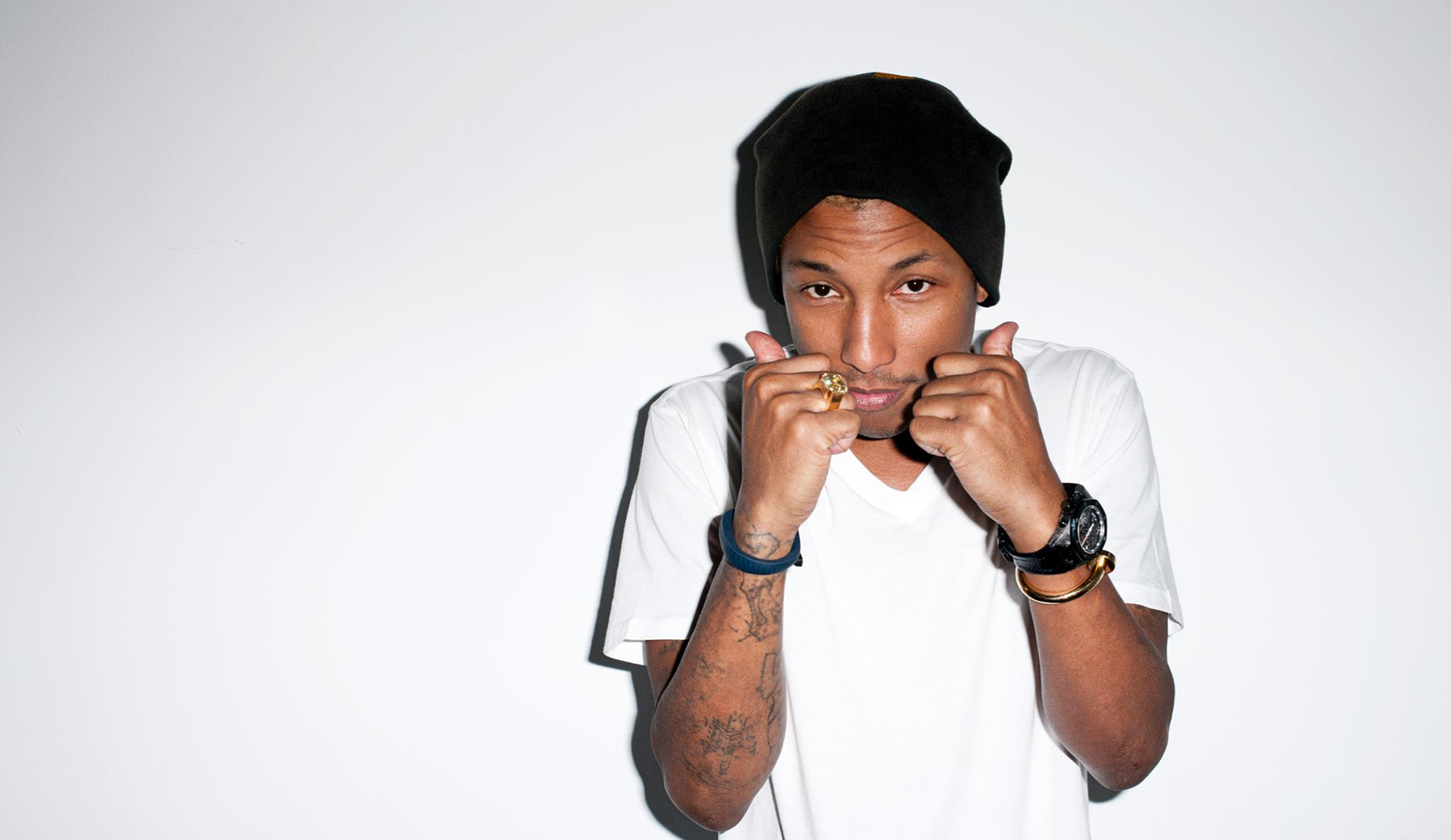 “Yezzir” is the answer you’d likely get if you were to ask Pharrell Williams, a multi-platinum, award-winning producer and entertainer, fashion designer, skateboarder and father, if he takes care of his skin.

Let’s face it , he does’t look like he’s aged one bit since he and Chad Hugo exploded on the hip-hop & R&B screen as the record production duo known as the Netpunes back in the late 90’s.

And due to his on-going baby-ish look, fans have gone as far as proclaiming that he’s a vampire because vampires don’t age but we’re pretty sure he isn’t one; he’d be one talented and accomplished vampire though, that’s for sure.

So whats his secret? Fans, mothers, Millennials, including many famous female actresses and models have always wondered; how does he stay looking so young?

We’ll, the answer might surprise you. Simple, he doesn’t use over-the-counter facial products on his skin and he drinks a lot of water.

The multi-platinum hit maker revealed that he learned all he needed to know about skincare from supermodel Naomi Campbell. “Listen, this is what you have to do — you have to go to a dermatologist; you can’t keep using drugstore products,” she told him.

Clearly, he listened. Pharrell learned that using Cetaphil and Glyton Self-Foaming Cleanser, along with a moisturizer and toner approved by a dermatologist to keep skin looking youthful.

The Cetaphil line is known to be gentle and it is widely recommended by dermatologists as well as skin care professionals.

The company offers a variety of products based on individual needs, whether skin is acne-prone, oily, dry, or eczema-prone and if a person suffers from rosacea or psoriasis, there is a product to help.

Cetaphil has a wide range of cleansers and moisturizers to suit most people’s needs.

The Glyton Self-Foaming Cleanser is made from non-irritating ingredients and the self-foaming material clears away dirt, allowing the skin to breathe while effectively removing dirt and oil.

One other important factor, Pharrell says that many people leave out is water. Water, water and more water. The artist is constantly drinking water (not soda, not pop, not juice, not drinks as you would think–just water.

Water is the rejuvenating factor that many who try to treat their skin miss. It’s not only what you put on your skin, but what you put in your body.

Well, there you have it folks, Pharrell’s skin regimen is not a secret after all, but rather a combination of well manufactured gentle skin products that when applied in combination result in better & younger looking skin; oh and lots and lots of water.

So in the next 10 years when we all age and Pharrell is still looking like he’s about to go on someone’s prom, we will know why. Cheerio!