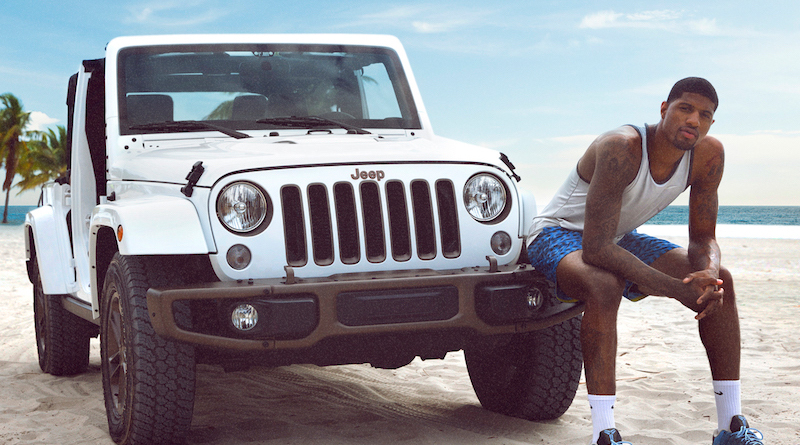 2016 marks the 75th anniversary of Jeep’s brand and to celebrate their milestone, they incorporated new unique interior and exterior accents that pay tribute to the brand’s history across the entire Jeep brand portfolio.

To get the word out, they debuted with two new 30-second television commercials featuring USA Basketball Men’s National Team finalist Paul George called “What I Stand 4” and “4x4Summer” which features George chronicling his basketball journey, while focusing on what inspires him.

This is the fifth year Jeep has teamed up with USA Basketball for an ad campaign and the outcome was not only impactful, but also motivating. Check out Paul’s “What I Stand 4” ad campaign below that runs on our site from 8/5/16 to 9/9/16.

He looks so natural on camera, don’t you think so? We think so! For more info, read the full article on DetroitNews.com