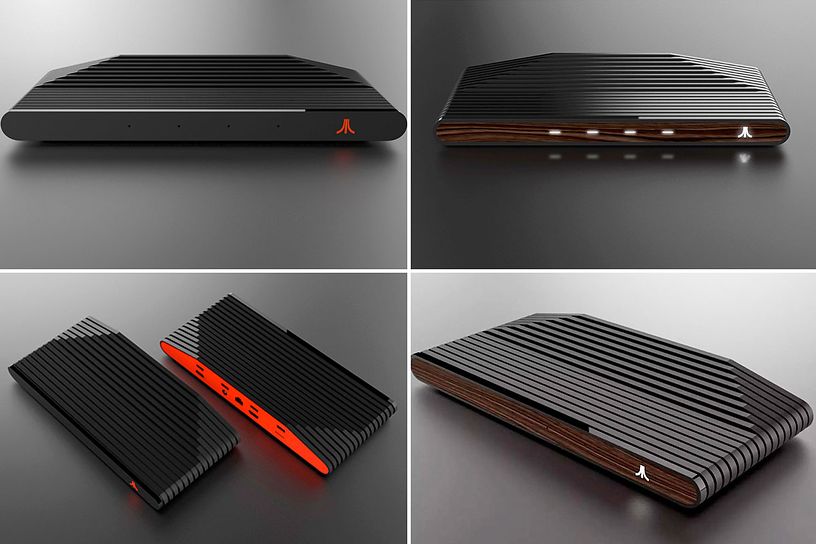 It’s been 24 years since Atari released its last home gaming console, yes, you’ve read that right, 24 years and if you’re a Millennial, chances are that this is the first time you’ve heard of “Atari”.

Dubbed as the Ataribox and first teased at E3 back in November, the new console will share similarities to the ’70s classic console, thanks to its dark wood finish.

It will also be available in red-black finish and will include an SD card support, a HDMI port and four USB ports.

Inspired by the Atari 2600 console which was released back in September of 1977, Atari announced that their “objective is to create something new, that stays true to our heritage, while appealing to both old and new fans of Atari”.

We’re guessing they felt the positive vibes that Nintendo’s Classic NES created when it was released earlier this year.

Or perhaps it was how the NES crashed Amazon on its release date, selling out immediately, so its no surprise that Atari would want part of that nostalgia.

As of now, there are no details on the Ataribox’s price points, game content or an actual release date, however, they did share this in a press statement “We know you are hungry for more details; on specs, games, pricing, timing.

We’re not teasing you intentionally; we want to get this right, so we’ve opted to share things step by step as we bring this to life, and to listen closely to the Atari community feedback as we do so.”

For all of you early supporters out there that can’t wait to get their hands on an Ataribox, starting December 14th, you’ll be able to lay down $250 – $300 for the retro-modern console and snag one at a discounted price, presumably, as early Spring 2018, but don’t hold us to that.

Yep, our parents are just as excited as we are; yea, way more excited!

Its a bird, its a plane, no its your neighbor Pokemoning and slaying monsters on his phone. That's right folks, the new Pokemon Go mobile game...
Read more
Entertainment